By Marcus Coates and Henry Montes

Camera by Deborah May and Abi Oseni

Edit by Deborah May

Henry Montes and Marcus Coates have experimented with the role of physical movement in approaching and understanding questions. Filming members of the public in their homes and places of work, Montes invites them to ask a question which Coates uses as a catalyst to spontaneously approach through movement. Montes mediates between the participants’ questions and Coates’ subsequent movement so the participant can direct and choreograph Coates to get what they need from his movement. This relationship explores the potential functionality of contemporary dance/movement and its potency as a practical language.

Henry Montes: How was that?

AK: They were energetic movements and he searched for it.

HM: Do you think he found something?

AK: No, he hasn’t found it yet. Maybe he doesn’t need to be so energetic, maybe small movements, maybe the answer is closer to here [holds hands up to her body] not over there [gesturing away from her], maybe he needs to look closer, inside. It might be there.

HM: So the movement could be closer to the body.

AK: Inside maybe. He was searching outward, wasn’t he, he was going down, up there, out there, maybe he needs to look inwardly.

AK: It was great, I think it’s closer to an answer I might have perceived myself. Because when the dance finishes, you get near to a stillness, the answer is in this stillness. Because dance never finishes, because the earth is going around the sun, the moon is going round the earth, everything is always going round and round, the night comes, the dawn comes. So this dance never finishes and then he tried to be still and when he was still his hands were moving, he could not be still, so I think we don’t know the reason because we cannot be still, stillness cannot be found anywhere.

JOSEPH BRADLEY: Why do you think it’s so easy to become distracted from important things like work or revision – by things that are desperately unimportant and actually even more boring than the work itself?

JB: I understand some of it, there seems to be some joy in the not doing anything at all and a satisfaction in boredom when you are lying on the floor there. Things to do with preparation and getting ready but still lying on the floor.

HM: Could any of those movements go deeper into your question?

HM: How did you find that in terms of your question?

JB: What I particularly liked was the humming along – that seemed to demonstrate a lot of what my mind sounds like, quite a lot of the time. It makes me see how easily distracted I am and how distraction is always preferable to things I’m forced into doing, but I still don’t see why I’m doing it. I more see a demonstration of what I’m doing.

HM: In terms of the repertoire of his movements, is any one of those reflective of the question?

JB: The closest we’ve come is the beginning of the last one – the slight movement and the humming, I can see myself in that.

HM: OK, so maybe we can elaborate on that and see what that might bring?

JB: I think I got quite a lot from that actually. I recognise a liminal state between working, thinking and doing, and doing nothing, which I can reflect and see myself in. I can see why, when you are trying to avoid that state between two mindsets, by thinking about that when I’m trying to work, I might be able to focus my mind a little bit better on it, finding more of a divide between pleasure and play, and things I have to do. What I see there, I can draw a separation in my mind and more concentrate on one thing rather than being half way between the two.

Zoe Sharman: I’m at a crossroads and how do I proceed?

HM: Does that movement correspond to your question?

ZS: That’s amazing, that’s exactly how I feel: a sense of anguish, tossing and turning, mental anguish, body movement anguish – what’s the right path? It’s absolutely encapsulated it, I’m amazed. I couldn’t add anything to that, that’s exactly it – the feeling of restlessness of my mind, you’ve conveyed that by your eye movements, your body movements, working through a torment, not sure of the right way. I got an incredible sense of reflection and the anguish that I feel. Incredible, that’s the sort of movements that I make when I’m anguished.

HM: If we took one of those movements, how would you like to see it in terms of speed or quality of movement to more reflect the question?

ZS: I think, more jerky, to more convey the tension, the stress and the anxiety, just a bit more jerky and a bit more from the elbow out, I think that would be one way of moving to show that emotion, definitely.

ZS: That was it, that restless, jerky, frenetic, frantic… Yes, that’s exactly it, that’s really well interpreted. The quickening of the pace has conveyed the emotion, the depth of it. I can see turmoil in that.

HM: Do you have more clarity about your question?

ZS: Yes, I do, because the way Marcus has moved, he echoed a lot of my own thrashing around particularly when I’m trying to sleep. It’s shown me that this is a movement that people do make when they are in anguish, therefore I feel more comforted. It’s also given me a clear vision of what that must do to the body, what anguish and anxiety must do, how it feels like a bubbling stream. It’s really well conveyed. 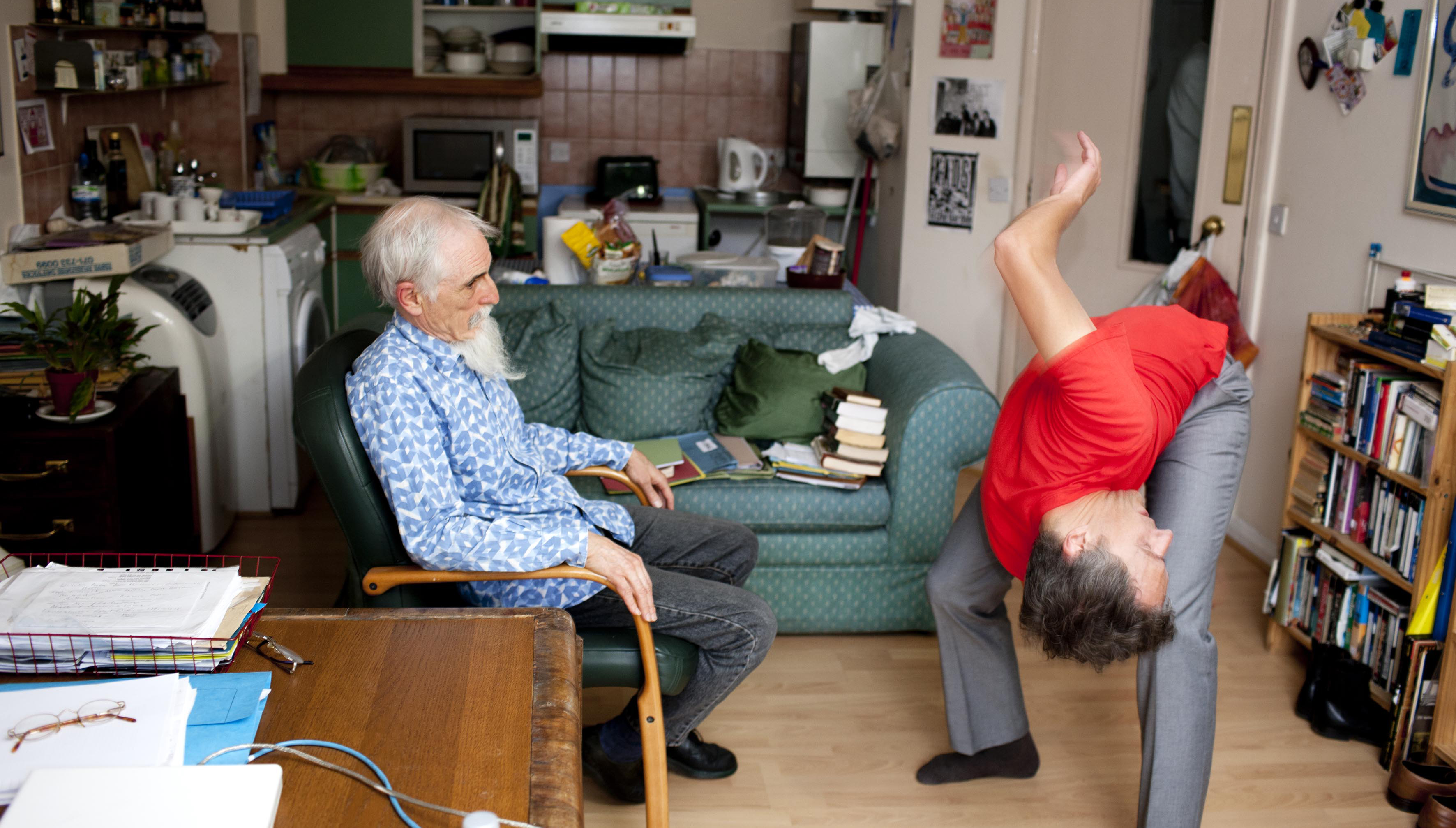 What is my significance in the universe? 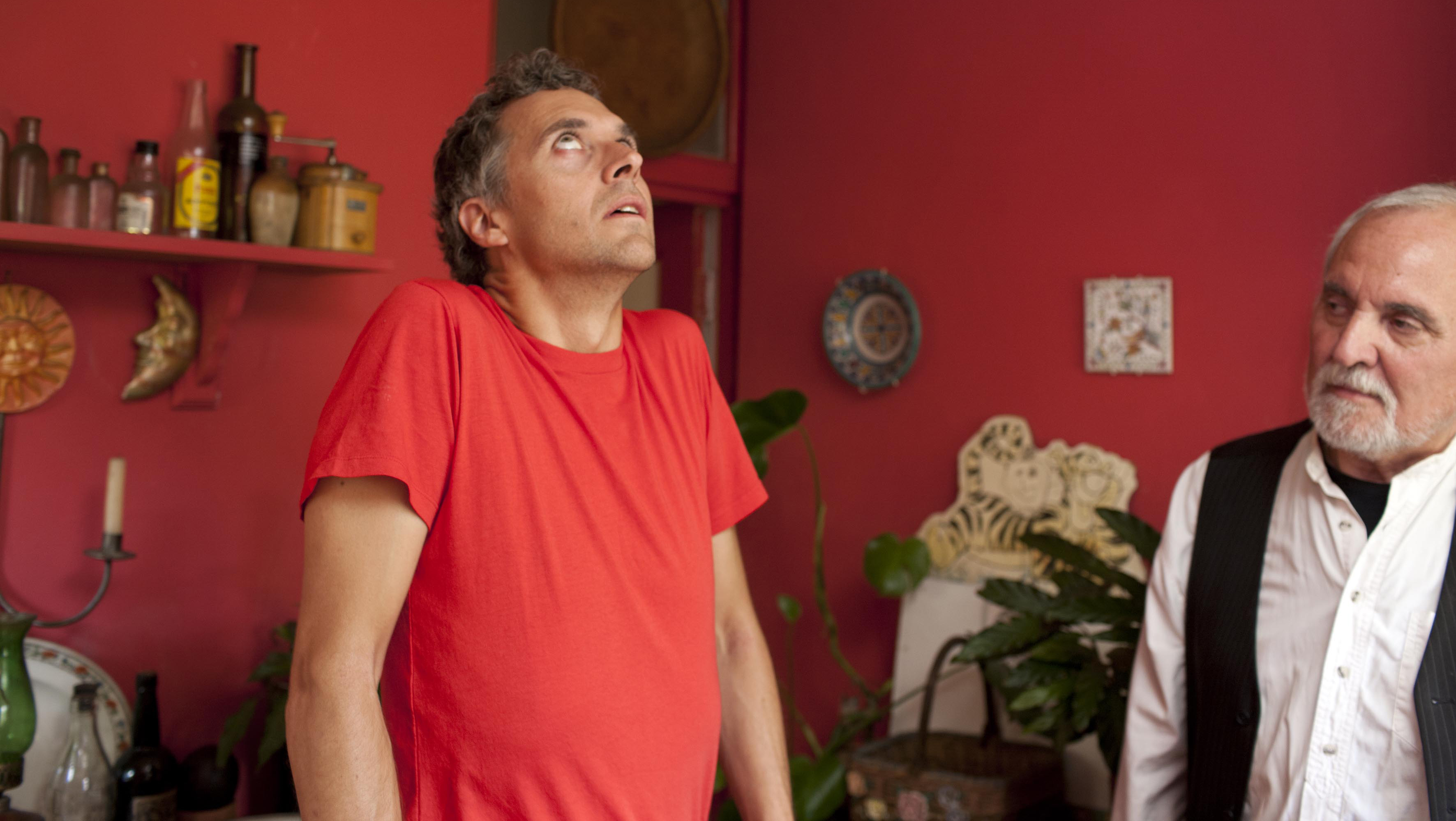 How can a man of my age grow old gracefully, today? 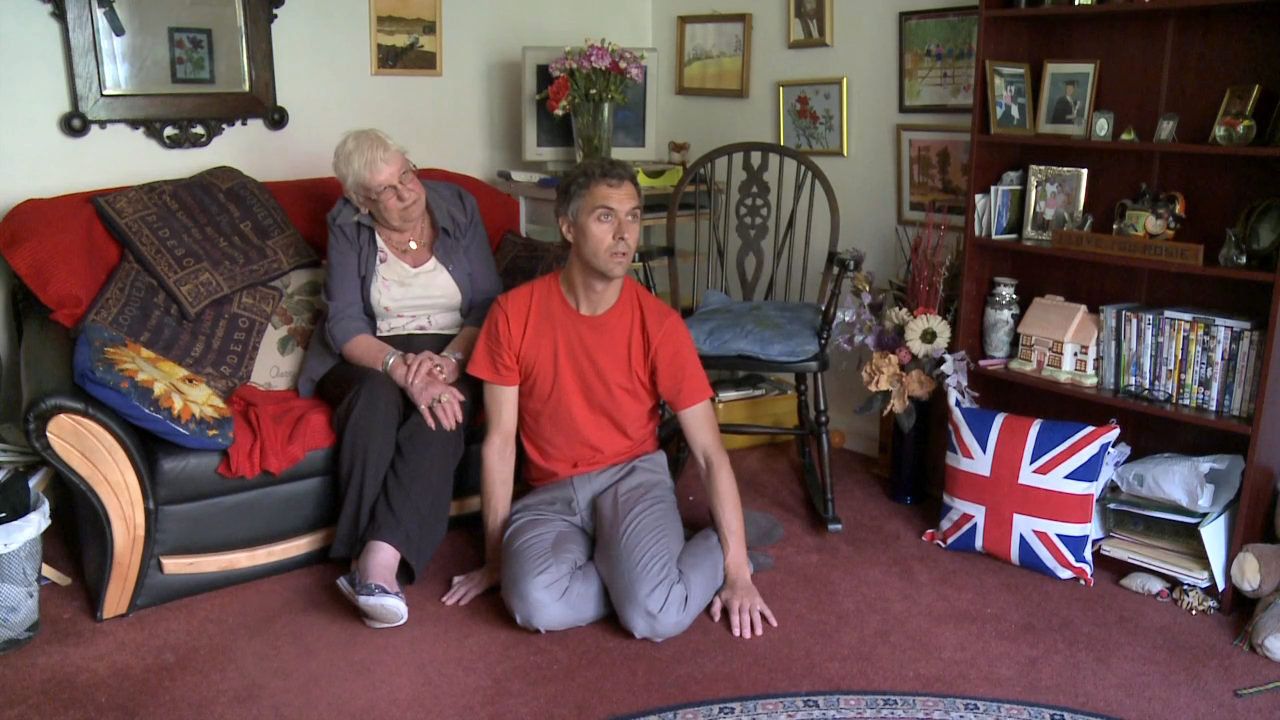 How do I manage my time to fill the days at my age?

You are reading A Question of Movement