The Plover’s Wing: a meeting with the Mayor of Holon, Israel, 2009

Produced by the Israeli Center for Digital Art, Holon, as part of the Hapzura Arts Festival

Question: Will the Israeli-Palestinian conflict be solved through investing in better education and reducing the violence among young people?

[Marcus Coates performs a ritual for the Mayor in his office. He undertakes this ritual in an effort to seek an answer to a problem described by the Mayor.]

Interpreter [Galit Eilat]: I would like to introduce you, Marcus Coates and Moti Sasson, Mayor of Holon.

Marcus coates: Shalom.
Thank you very much for inviting me to Holon, Israel. I’m here to offer my services to you and your city. And I want you to ask me a question, a question that is important to you. I want to take that question to a spirit world, to talk to animal and bird spirits, to see if I can use their guidance to help you answer the question.

Mayor/Interpreter: There is a problem among the young people, the youth in the city, which is related to violence and he needs help to solve this problem.

MC: OK, and does this relate to a wider issue about the Israeli and Palestinian problems?

MC: OK, thank you, I’ll try my best.
If you’d like to sit back slightly.

Interpreter: How are you?

MC: OK, that was interesting.
There were many interesting animals and birds there. Most of them I am seeing, talking to and I’m listening to them. But there was one particular bird that wouldn’t respond to me. I am not good at its call, I don’t know its language very well. This particular bird is called a plover. It’s a small bird, it nests on the ground in fields.

Mayor/Interpreter: What is the colour of the bird?

MC: It’s a white bird with beautiful green and black wings and has a small crest – tuft – on top of its head and it has very rounded ends to its wings, it’s a beautiful flyer, and it nests on the ground. I saw this bird, I didn’t see a nest, I just saw this bird on the ground and it was looking at me from the side and walking away with its wing dragging on the floor and I knew that’s what this bird does, it’s pretending to have a broken wing and it’s trying to take me away from the nest, to distract my attention. And I followed the bird for a while and then it flew off, that’s what happened, that’s what I saw. In a way there was nothing unusual about that behaviour, it’s what I’d expect from that bird. Which leads me to think that this question is a universal question, it’s not necessarily a specific problem to you, but it’s something that’s affecting you a great deal at the moment. It’s difficult to understand the meaning of this, but my immediate interpretation is that I knew I wasn’t a threat to that bird. But the bird assumed anyone going up to its nest or into it, was a threat. It’s automatically defensive.

And in that way it feels like the bird or what the bird represents here is the idea of identifying with a certain position, identifying with a victim position. Whereas the bird wasn’t a victim at all, it was just assuming whenever there was a circumstance like that, it was a victim. It was almost a default situation for that bird, it was an automatic response.

I think that young people, especially here, need to learn that within in a conflict situation they need to be able to identify with the person who they are in conflict with.

They need to identify with other people’s situations and with other sides of arguments. And that is a very difficult skill to learn.

Mayor/Interpreter: They have an openness to be changed.

MC: Indeed. Do you have any questions for me?

MC: Thank you very much. Cheers.

[MC and the Mayor raise their coffee cup and glass and take a drink.]

Interpreter: It was strange – bizarre?

Mayor/Interpreter: He says that you are feeling things from the inside and it is important for you. It is real, not a play. 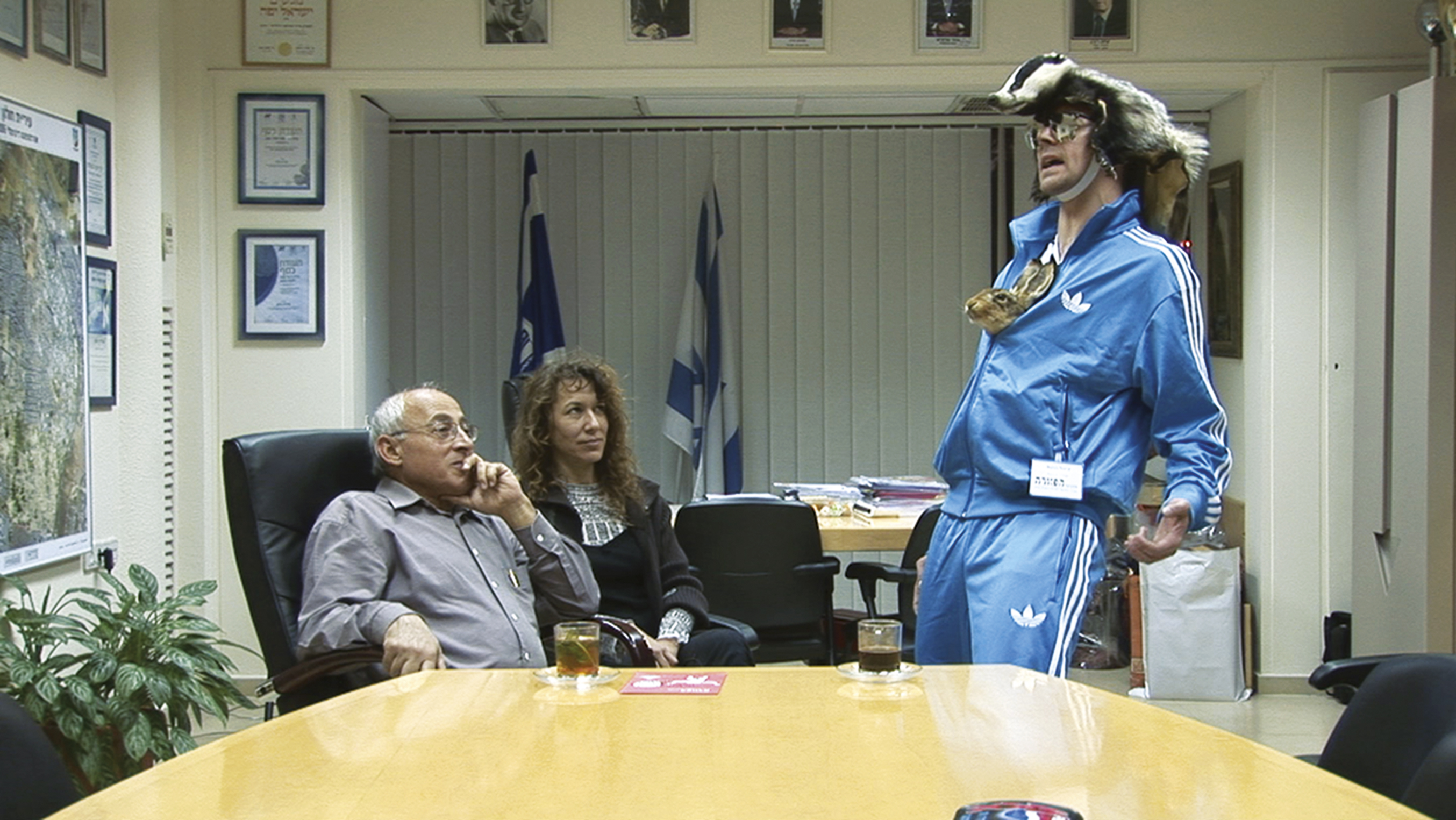 You are reading The Plover’s Wing: a Meeting with the Mayor of Holon, Israel