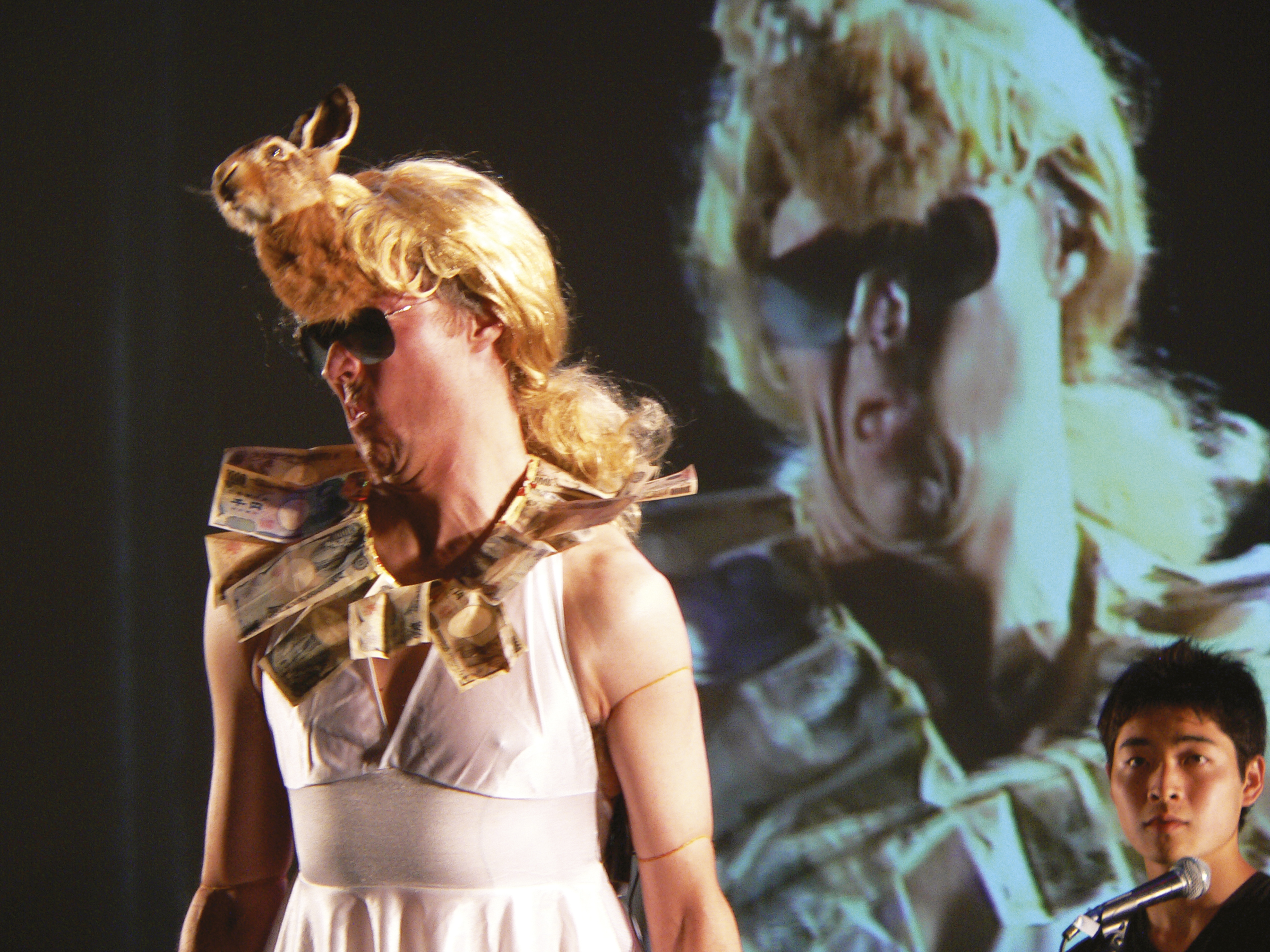 Question:
How can we control illegal cycle parking?

As part of the Grizedale Arts ‘Seven Samurai’ project, Coates offered to work on behalf of the local city council in Tokyo. On an outdoor stage, he made an improvised ritual in response to their question. Traditionally, shamans in Japan and Korea were women, Coates’s Marilyn Monroe costume was a symbolic cultural association for the audience. The three male backing singers (taught by Coates to be animal and bird impersonators) were from a band called Childhood based in Tokyo. The film is an edited version of the live event.

You are reading Kamikuchi ‘Mouth of God’