Filmed on the Island of Fogo, Newfoundland, Canada

Produced in association with the Museum of the Flat Earth, Fogo Island, Canada

During the summer of 2017 Coates travelled to Fogo Island to ask for an official apology to be given the Great Auk, a flightless bird once numerous around the island, but extinct since 1844 due to excessive hunting. The resulting film, Apology to the Great Auk documents a sincere attempt by the community of Fogo Island, through the specially appointed apology committee, to respond and learn from the loss of what can only now be imagined.

Once numbering in the millions, the Great Auk was hunted for its meat, feathers and fat. This flightless bird standing 33” tall was easy prey and as such was killed by humans in large numbers up until 1844 when the last Great Auk on Earth was killed. Today we are honouring the lives of these great birds, marking their extinction and making an official apology.

I, the Mayor of Fogo Island, Newfoundland, Canada, address this statement to you the Great Auks.

On behalf of all those present on Fogo Island today, our ancestors and anyone who’s actions contributed to your demise and ultimate extinction, we apologise.

We acknowledge your historical habitation of these territories for over five million years.

We acknowledge your numerous and successful populations here, the largest of your breeding colonies in the world.

You had the right as a species to inhabit these territories and to exist in the manner you were uniquely adapted to.

We apologise for the actions of those who governed at the time.

We believe governments should show stewardship towards all species and do all that is possible to protect against extinction.

We apologise for the actions of those who were directly responsible for killing you in numbers that exceeded the need for personal survival and whose actions were motivated by financial profit or gain.

We apologise for those whose actions indirectly led to your extinction, who profited from the trade in your death, from feathers, fat and for your use as collectable specimens.

Your extinction is a defining moment in the history of the world.

We as representatives of humankind, deeply regret causing this.

Your absence is an irreparable loss which we will continue to mourn.

We will forever remember you and your vital part in our lives.

Your extinction is a warning to our species that we must be vigilant.

It shows us our capability for destruction and capacity for permanent damage.

We must take notice of ourselves and do everything in our power to scrutinise our motivations and actions towards other species and our surroundings which are interconnected.

We acknowledge the need to strengthen our relationship to other species.

We promise you, the Great Auks, that we will do everything in our power to honour your once thriving existence here.

We promise to do all we can to protect your kin, the other auks, birds and animals that we share our territories with, to maintain the diversity of conditions necessary for their survival.

We will use the lessons of your extinction to educate our young and to promote respect for other species.

We will do everything in our power to prevent the future extinctions of others. 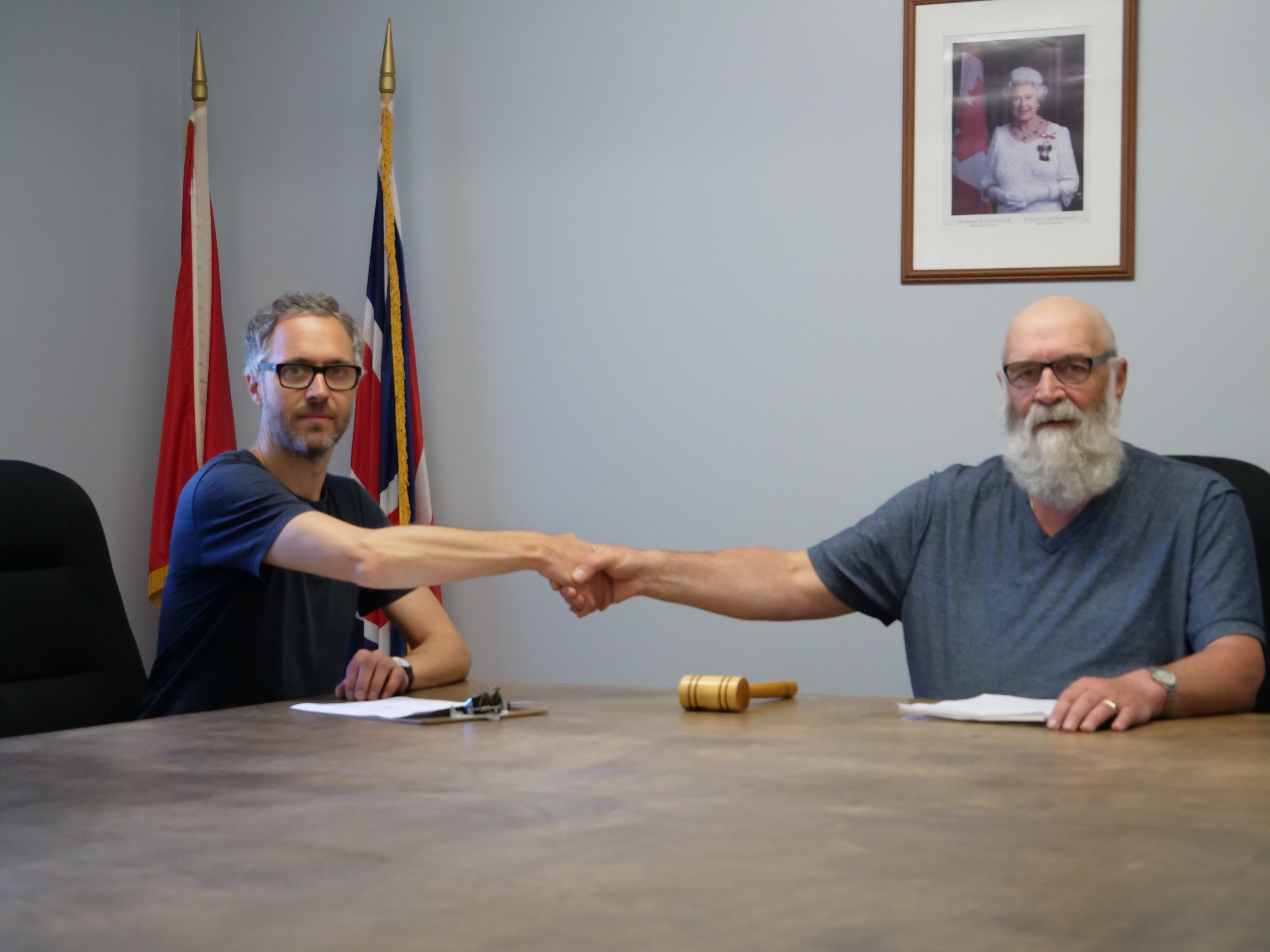 This apology was commissioned by the Museum of the Flat Earth. Marcus generated the apology through his facilitation of a specially formed ‘apology committee.’  The Apology was ratified and announced towards the shoreline through a megaphone, by Fogo Island Mayor Andrew Shea.

You are reading Apology to the Great Auk