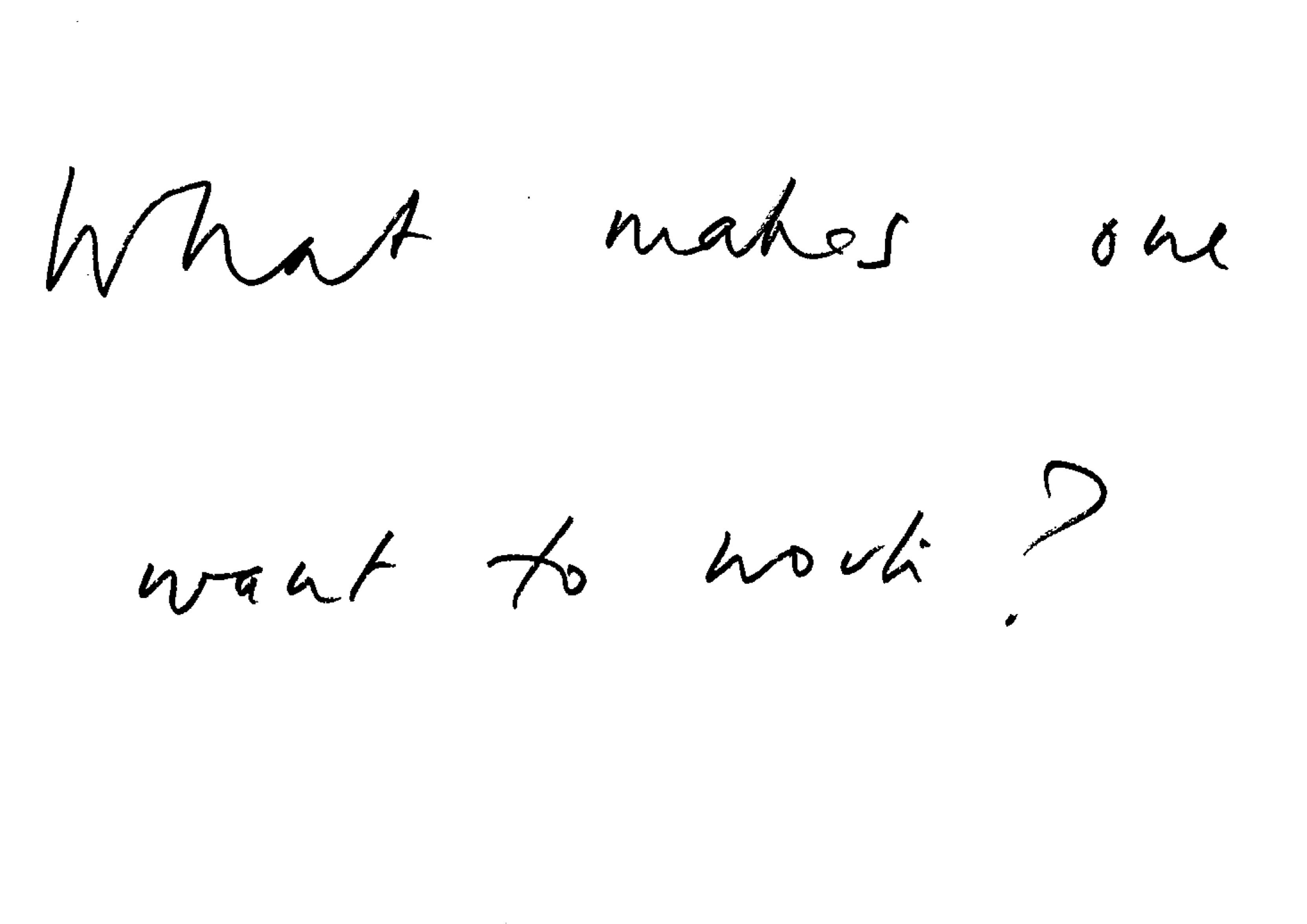 Visitors to the gallery were invited to ask Marcus questions that preoccupy them and struggle to answer themselves. This video is his answer to one of these questions, “What makes one want to work?” Marcus follows the second hand on his wrist watch with his finger. The full length film is a 12 hour loop which when played continuously works as an accurate clock. He filmed himself for 12 hours to create this video, often going into a trance like state because of the precise repetitive action and concentration needed. He said “At times the distinction between me and the watch disappeared and I fully believed I was moving the second hand and had the measure of time”

You are reading What makes one want to work?